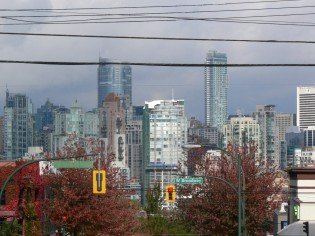 Vancouver rallies for food freedom November 23rd 2011 in conjunction with all the other right to food choice rallies across the country. These food freedom rallies are in response to the irrational and heavy handed pressure on small-scale local organic food clubs and communities across North America and increasingly the rest of the Commonwealth as well. Corporate agriculture monopolies are doing their best to crush out the last remaining footholds of small-scale, traditional and artisan farmers. I just watched a video of a CSA dinner being shut down. Bleach was poured over lovingly raised, good food, it was hard to watch. I’ll post the video at the bottom of this page. Unbelievable folks. Is this the future of food? Not in my world.

Members of the public will gather outside the Olympic Cauldron, Canada Place at 11.am to assert their right to choose what they eat.

Demonstration: Paneer making by Meeru Dhalwala, co-owner of Vij’s and Rangoli’s Restaurant made with Raw milk.

“The glass of raw milk has become the symbol of the food rights movement,” said Michael Schmidt, the target of the 2006 pre-dawn raid involving nearly two dozen armed law enforcement officers. “Our message and our method is to bring down barriers in order to open dialogue,” Schmidt said in a speech at the Wise Traditions conference recently held in Dallas, Texas. 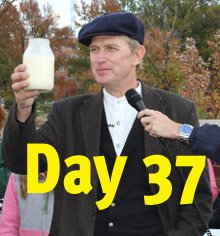 Canada is the only G8 nation that universally bans the sale and distribution of unpasteurized milk. Government health officials cite the low probability of possible contamination with pathogenic bacteria as justification.

However, in an analysis of U.S. Center for Disease Control (C.D.C.) data, Dr. Ted Beals notes that there is an average of only 42 cases of illness per year attributed to raw milk in the U.S., compared to an estimated 48-million food-borne illness from all causes. In government actions against raw milk, more than 90 per cent result in no harmful pathogens found, according to the Weston A. Price Foundation, a food-rights advocacy group.

Dr. Beals notes that U.S. C.D.C. data studying the American population show that, “3.04 per cent of the population consumes raw milk, or about 9.4 million people.” Beals concludes that consumers are 35,000 times more likely to become ill from other food products than from the raw milk that they drink.

Says Alice Jongerden, the previous agister of Home on the Range B.C. herdshare, “With nearly 33,000 traffic fatalities in the U.S. each year, a U.S. raw milk drinker is about 780 times more likely to die in an accident on the way to pick up their milk than they are to be sickened from drinking it.”

And, although the health benefits of raw dairy are generally downplayed by government health officials, the peer-reviewed research at the Swiss Tropical and Public Health Institute show that children who drink raw milk have a 41 per cent lower risk of asthma and a 50 per cent lower risk of allergies, compared to children who drank pasteurized milk, as reported in the Journal of Allergy and Clinical Immunology.

November 23rd rallies are being held in: Victoria and Vancouver in B.C.; Toronto, Kemptville, and Ottawa in Ontario; Saskatoon and Regina in Saskatchewan; Montreal in Quebec; Wolfville in Nova Scotia; and St. John, Newfoundland.