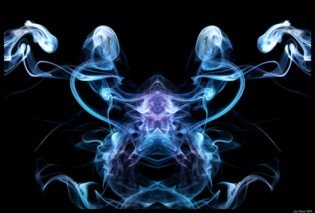 I’ve just been reading the book The Body Electric by Robert O. Becker, written in 1985. Last night I read a rather interesting bit of history about how the Russians zapped the US Ambassador’s office in Moscow for years. It is disappointing to realize, that this happened years ago and that the symptoms of ‘microwave sickness’ have been documented for decades. Yet here we are with these Smart Meters being installed on every home! This video is very informative: giving up-to-date information on the devastating health effects of Low Frequency wireless transmissions, as well as getting into what you can do to protect your own body. More info on the “Moscow Signal” is below.

By 1971, when they presented their work at a momentous conference in Warsaw, Zinaida V. Gordon and Maria N. Sadchikova of the USSR Institute of Labor and Hygiene and Occupational Diseases had identified a comprehensive series of symptoms, which they called microwave sickness. Its first signs are low blood pressure and slow pulse. The later and more common manifestation are chronic excitation of the sympathetic nervous system (stress syndrome) and high blood pressure. This phase also often includes headache, dizziness, eye pain, sleeplessness, irritability, anxiety, stomach pain, nervous tension, inability to concentrate, hair loss, plus an increased incidence of appendicitis, cataracts, reproductive problems, and cancer. The chronic symptoms are eventually succeeded by crises of adrenal exhaustion and ischemic heart disease (blockage of the coronary arteries and heart attack). p315 The Body Electric

Following excerpts are from The Body Electric: Electromagnetism and the Foundation of Life by Robert O. Becker, M.D. and Gary Selden.

The Soviets have been bombarding our embassy in Moscow with microwaves for some thirty years. In 1952, at the height of the Cold War, there was a secret meeting at the Sandia Corporation in New Mexico between U.S. and U.S.S.R. scientists, allegedly to exchange information on biological hazards and safety levels. It seems the exchange wasn’t completely reciprocal, or perhaps the Americans didn’t take seriously what the Russians told them; there have been other joint “workshops” since then, and each time the Soviets have sent people who publicly acknowledged the risks, while the American delegates have always been “no-effect” men. At any rate, soon after the Sandia meeting, the Soviets began beaming microwaves at the U.S. embassy from across Tchaikovsky Street, always staying well within the Schwan limit. In effect, they’ve been using embassy employees as test subjects for low-level EMR experiments.

The strange thing is that Washington has gone along with it. The “Moscow Signal” was apparently first discovered about 1962, when the CIA is known to have sought consultation about it. The agency asked Milton Zaret for information about microwave dangers in that year, and then hired him in 1965 for advice and research in a secret evaluation of the signal, called Project Pandora. Nothing was publically revealed until 1972, when Jack Anderson broke the story, and the U.S. government told its citizens nothing until 1976, in response to further new stories in the Boston Globe. According to various sources, the Russians shut off their transmitter in 1978 or 1979, but then resumed the irradiation for several months in 1983.

According to the information given Zaret in the 1960s, the Moscow signal was a composite of several frequencies, apparently aiming for a synergistic effect from various wavelengths, and it was beamed directly at the ambassador’s office.

The intensity isn’t known for certain. When the State Department admitted the signal’s existence, officials claimed it never amounted to more than 18 microwatts.

In the mid-1960s published Soviet research indicated that such a beam would produce eyestrain and blurred vision, headaches, and loss of concentration. Within a few years other research had uncovered the entire microwave syndrome, including the cancer potential.

By all accounts except the official ones, the Moscow bombardment has been highly effective. In 1976 the Globe reported that Ambassador Walter Stoessel had developed a rare blood disease similar to leukemia and was suffering headaches and bleeding from the eyes. Two of his irradiated predecessors, Charles Bohlen and Llewellyn Thompson, died of cancer. Monkeys exposed to the signal as part of Project Pandora soon showed multiple abnormalities of blood composition and chromosome counts.

In January 1977, the State Department, under duress, announced results of a series of blood tests on returning embassy personnel: a “slightly higher than average” white blood cell count in about a third of the Moscow staff. If 40% above the white blood cell counts of other foreign service employees (levels common to incipient leukemia) can be considered “slightly higher than average,” then this technically wasn’t a lie. The finding has been officially ascribed to some unknown microbe. Unfortunately, there’s no such doubt about the veracity of explanations about some earlier research. As part of Project Pandora in the late 1960s, the State Department tested its Moscow employees for genetic damage upon their return stateside, telling them the inner cheek scrapings were to screen for those unusual bacteria. No results were ever released, and they’re reportedly part of the missing files, but one of the physicians who conducted the tests was quoted by the Associated Press as saying they’d found “lots of chromosome breaks.” The embassy staff had to learn this when the rest of us did–in the newpapers nearly a decade later.

The Russians themselves have never admitted the irradiation, and the Schwan guideline has put the American government in an embarrassing bind. In 1976 the State Department gave its Moscow employees a 20% hardship allowance for serving in an “unhealthful post” and installed aluminum window screens to protect the staff from radiation a hundred times weaker than that nearly many radar bases. -p315-16

From The Body Electric: Electromagnetism and the Foundation of Life by Robert O. Becker, M.D. and Gary Selden.

Above image from Project Pandora on Tumblr