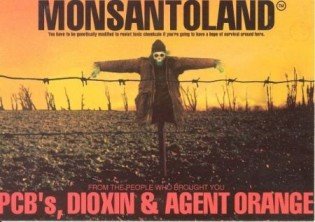 This is a post I have been meaning to write for ages, its been floating about my head for a couple years, so I should be able to say what I mean by now. I just went through all of my old notebooks and whatnot trying to find my favorite quotes which I pulled out from C.S. Lewis’ book That Hideous Strength: A Modern Fairy-Tale for Grown-Ups (1945). Unfortunately I couldn’t find any from the most recent read, a couple years ago, after I had started to make the N.I.C.E / Monsanto connection.

I confess, I grew up on C.S. Lewis — The Lion the Witch and the Wardrobe was one of the first books our father read to us when we were kids. But it wasn’t until much later that I read his science fiction trilogy, of which This Hideous Strength was the last book. Those of you who read C.S. Lewis know that he writes from a different perspective, and this trilogy is very interesting. It is true, he writes with an ‘old boys club’ tone in many ways, but this is what makes this book particularly interesting. For those of you who have read it please feel free to skip this next section where I attempt to explain the story…the last time I read the book was a couple years ago, so I may get some details confused. A great description can be found here.

The story centers around a very ordinary fellow who finds himself caught up in terrifying events created by the National Institute for Coordinated Experiments (NICE) which is basically trying to control all of life and manipulate it to their will. The NICE symbol is a naked male holding a thunderbolt, and is a very patronising institution. The events that unfold are bizarre and include Merlin returning, and in the end some other kind of vibrational beings as well as the guardians of Venus and Mercury doing their part to help break the power of NICE. All in all it is a fascinating read… the bizarre and supernatural seamlessly intertwined with dull, mundane everyday people and events. 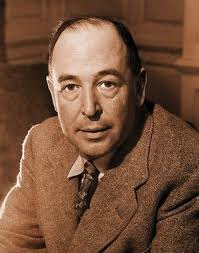 I have read some of C.S. Lewis descriptions of how he wrote and it seems it was often an intuitive and free-flowing process. Of course NICE could be compared to many other institutions or multinational corporations these days, but from our current perspective, following how Monsanto engineers terminator seeds (or any of the other life-destroying products it has created), while at the same time portraying itself as the only saviour of mankind it becomes clear that the NICE corporation in the book This Hideous Strength is based on a vision of what Monsanto is today. In fact it seems clear that C.S Lewis prophesied what Monsanto has become. Hopefully the folks who run Monsanto are as petty-minded and greedy as the people depicted in the story 😉 Read the book for yourself and let me know what you think!

In the meantime here are a few passages I pulled out which I think will help prove my point:

The following is a quote from Lord Feverstone who is on the board of NICE or some such thing. This is basic NICE philosophy:

“Man has got to take charge of man. That means that some men have got to take charge of the rest. Quite simple and obvious things, at first — sterilization of the unfit, liquidation of backwards races, selective breeding. Then real education, including pre-natal education. By real education I mean one that makes the patient what it wants infallibly: whatever he or his parents try to do about it. Of course, it’ll have to be mainly psychological at first. But we’ll get on to biochemical conditioning in the end and direct manipulation of the brain. A new type of man.” (Lord Feverstone) p 26-7

Also NICE speaking, this is when they were trying to get the journalist (main character) to work for them:

“We want you to write it down, to camoflage it…. For instance, if it were even whispered that the NICE wanted powers to experiment on criminals, you’ll have all the old women of both sexes up in arms and yapping about humanity: call it re-education of the maladjusted and you have them all slobbering with delight. Odd thing is — the word ‘experiment’ is unpopular, but not the word ‘experimental.'” p 27

Now doesn’t this sound like a familiar tactic? Those elite corporations just love winding folks up about abortion and gay marriage (etc, etc), instead of allowing us to find ways to work together to bring down the institutions that are causing the problems in the first place:

“Isn’t it absolutely essential to keep a fierce left and a fierce right both on their toes and each terrified of the other? That’s how we get things done. Of course we’re non-political. The real power always is.” (Miss Hardcastle –head of security NICE) p 63

A description of the vision of NICE (Monsanto) for our world (!) :

A few centuries ago, a large agricultural population was essential; and war destroyed types which were then useful. But every advance in industry and agriculture reduces the number of work-people required. A large, unintelligent population is now a dead-weight. The importance of scientific war is that scientists have to be reserved. It was not the great technocrats of Koeingsberg or Moscow who supplied the causalities in the siege of Stalingrad. The effect of modern war is to eliminate retrogressive types, while sparing the technocracy and increasing its hold upon public affairs. In the new age, what has hitherto been merely the intellectual nucleus of the race is to become, by gradual stages, the race itself. You are to conceive the species as an animal which has discovered how to simplify nutrition and locomotion to such a point that the old complex organs and the large body which contained them are no longer necessary. The masses are therefore to disappear. The body is to become all head. The human race is to become all technology. p 156-7

The following quote is actually from C.S. Lewis’ book The Great Divorce, but it seems very appropriate when considering the situation we are currently in:

I do not think that all who choose wrong roads perish; but their rescue consists in being put back on the right road. A wrong sum can be put right: but only by going back till you find the error and working it afresh from that point, never by simply going only. Evil can be undone, but it cannot “develop” into good. Time does not heal it. The spell must be unwound, bit by bit, “with backwards mutters of disserving power” — or else not. p 6

I personally have found it to be true in my own life. It is important to be able to admit we have made a mistake, and to go back and find where the mistake was made and rework the situation. It’s true when you make anything, sewing, knitting or even writing. In cooking there are sometimes ways to remedy a situation, but there are also times you have to throw out the burnt dish. Our culture is slowly trying to find ways to allow and encourage admitting mistakes instead of trying to hide them…and how important transparency is for this process to continually happen.

Anyway, if any of you have read the book I would love to know what you think about my comparison of Monsanto to NICE 🙂