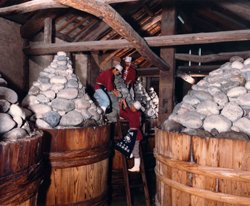 The following is quoted from the book Culinary Treasures of Japan: The Art of Making and Using Traditional Japanese Foods by John and Jan Belleme. The Japanese are currently facing impossible times with the earthquake, tsunami and now their nuclear plants leaking radioactive materials. Of all the nations to have this happen to them, perhaps the Japanese will have the best chance of being able to deal with the radiation, health wise. There are a few foods that help human bodies deal with radiation which are commonly eaten in Japan, one of these is seaweed and the other is miso soup. (Some other foods include spirilina, other algaes, green and black tea, reishi mushrooms, burdock root, ginseng, ginko, and a gut full of beneficial probiotics–also avoid sugar and processed foods). More detailed information on how to detoxify radiation poisoning and other toxic conditions here. 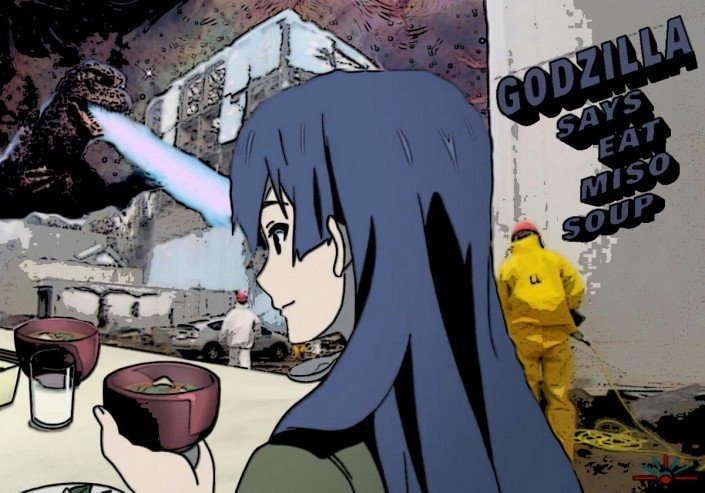 Miso’s outstanding medicinal qualities have been confirmed by scientific research. Dr. Shinchiro Akizuki, director of Saint Francis Hospital in Nagasaki, devoted his career to researching the use of foods, such as miso, as preventative medicine. Although Dr. Akizuki spent years treating atomic-bomb victims just a few miles from ground zero, neither he nor his associates suffered from the usual effects of radiation. Dr. Akizuki hypothesized that he and his staff were protected from the deadly radiation because they drank miso soup every day.

In 1972, Akizuki’s theory was confirmed when researchers discovered miso contains dipicolonic acid, an alkaloid that chelates heavy metals, such as radioactive strontium, and discharges them from the body.

In 1981, scientists at Japan’s Cancer Research Center found that those who regularly ate miso soup suffered significantly less than the norm from some forms of cancer and heart disease. More recently, workers at Tohoku University in Hokkaido, Japan, isolated substances in miso that cancel out the effects of some carcinogens.

The most convincing evidence demonstrating the protection miso offers to those exposed to radiation was published in Japan in 1990. Professor Akihiro Ito, at Hiroshima University’s Atomic Radioactivity Medical Lab, read reports of European countries importing truckloads of hatcho miso after the accident at the Chernobyl nuclear power plant. Professor Ito reasoned that if people were protected from radiation by miso, then rats that were fed miso and radiated should develop less cancer than radiated rats that were not fed miso. Professor Ito was not surprised to find that the liver-cancer rate for the rats that were not fed miso was 100 to 200 percent higher than that of miso-fed rats. Even more extraordinary is the fact that Iso used commercial miso powder, the lowest quality of miso! Many natural healers and traditional Oriental physicians consider long-aged misos, such as hatcho miso, the most medicinally potent. -p36 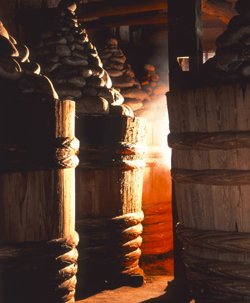 Traditionally, miso is made by combining koji (cultured grain or soybeans used as a starter in most Japanese fermented foods) with cooked soybeans, salt and water. This mixture is then left to ferment. By varying the type of koji used (usually rice, barley, or soybean) and the proportions of ingredients in the recipe, traditional miso makers were able to create a wide range of misos, from light and sweet to dark and robust.

Although there are a few exceptions, misos can be divided into two groups based on color and taste. Sweet miso is usually light in color (beige or yellow) and high in carbohydrates. It is marketed as mellow miso, sweet miso, and sweet white miso. Because it is high in koji and low in soybeans and salt, sweet miso ferments in just two to eight weeks, depending on the exact recipe and the temperature used during the aging process. These misos developed and became popular around Kyoto and Japan’s southern regions.

Miso with a higher salt content, lower koji content, and proportionately more soybeans is darker in color and saltier in taste than sweet miso. It must be fermented longer (at least one summer, but usually as long as two to three years) in very cold climates. This type of miso is marketed as red miso, brown rice miso, and barley miso. Soybean misos, such as mame and hatcho, are also dark and savory. Salty long-aged misos are more popular in Japan’s central and northern regions. -p30

Basically there are two methods for making miso–commercial and traditional. The modern commercial process employs accelerated temperature-controlled fermentation in plastic or stainless steel holding tanks. The grains and salt used in the commercial method are often processed and have little nutritional value.

Although commercial miso manufacturers claim their product is similar to the more expensive, traditionally made varieties, Mitoku Company’s Chris Dawson disagrees. Dawson compares natural miso fermentation to raising children: “If you leave children inside year round with air conditioning and artificial heat, they will not develop the resistance, strength, health, and character of children that play outside in the extremes of winter and summer. Likewise, temperature-controlled miso lacks vitality, character, and complexity.” More than just a method, making traditional miso is a way of life. -p31

I’ve linked this post up to Real Food Wednesday.